"I am an African, not because I was born in Africa, but because Africa is born in me..." - Kwame

Bordered by two oceans: the Atlantic and the Indian, South Africa is a fascinating country whether one focuses on its history, the diversity of its inhabitants, cultures, or the splendor of its landscape.

The first Dutch sailors set foot at the Cape of Good Hope in April 1652, a first step that would eventually lead to three and a half centuries of conflict and violence, shaping the destiny of the people of South Africa. From the British occupation to the reign of the Great Shaka of the Zulus, from the Great Trek to the Anglo-Boer wars, from the official onset of Apartheid to the election of Nelson Mandela in 1994, history has left its mark in the memories of South Africans.

Now, however, South Africa is a democratic country of about 46 million inhabitants, and 11 official languages: Afrikaans, English, Xhosa and Zulu being dominant. To describe their country, Desmond Tutu and Nelson Mandela use the expression “The Rainbow Nation”. 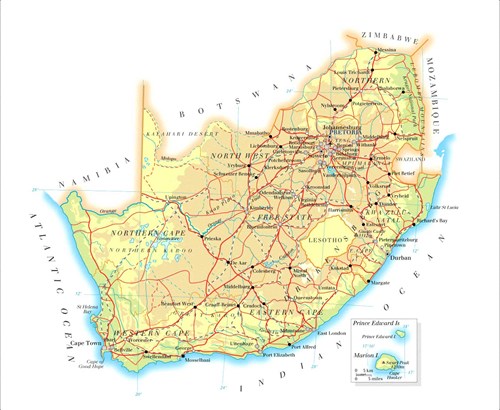 With its 3000 kilometers-long coastline, its tropical beaches, mountain ranges, bush areas and deserts, South Africa is also a land of natural beauties. Numerous National Parks teeming with flora and big game allow for many an opportunity to go on memorable scenic- and game-drives. Each and every area boasts a typical flora and fauna. Among others, one might expect to spot lions, cheetahs, elephants, giraffes, eagles and ostriches, seals, penguins, whales and many more. South Africa is a paradise for nature lovers. 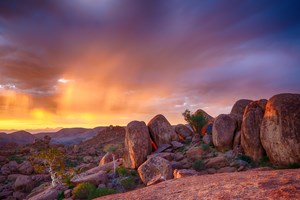 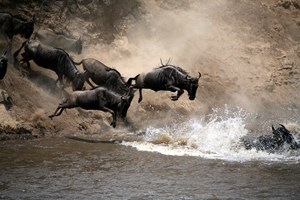